Share a memory
Obituary & Services
Tribute Wall
Read more about the life story of Gerald and share your memory.

Gerald “Jerry” Fredrick Roberts, 89, died on Thursday, November 17, 2022, in East Jordan. He was born in East Jordan on April 29, 1933, the son of Julius Sr. and Matilda (Washburn)
Roberts. On June 10, 1950, he married Ernestine Nixon and they raised 6 children together.
He taught his family, by example, to work hard, and to put the people you love first. He wanted his children to have more than he did growing up, and he worked hard to make that happen. He always had a side job or business going in his barn, one of which was Roberts E-Z Dock, and for several decades, he and his son successfully ran it together.
He was also a leader at EJ Foundry for over forty years, where he treated everyone above and below him in the ranks with respect, he was someone people sought out for advice. He remained a guiding light for his family until his last day. In addition to all of this, he even found time to sponsor a softball team for over a decade, and took them all over the state to compete.
He demonstrated what true love looks like when his wife became wheelchair bound and he spent the first ten years of retirement caring for her. Without a complaint, he gave up his dream of traveling, and became her full-time caregiver, until her passing in 2005.
In 2010, he married Janet Olson. He spent his later years making the most of his time with family and friends. He was always eager to go to community events, play cards or listen to live music. In 2019, he was honored as East Jordan’s Father of the Year. He was truly touched by this recognition from a community that he was so proud to be a part of.
He is survived by his six children, Geraldine “Geri” (Terry) Barber, Teresa “Teri” (Steve) Sloop, Gloria (Chuck) Kraemer, Doreen (Mark) Daneff, and Ernest (Gayle) Roberts, all of East Jordan and Joyce Friske of Petoskey; fifteen grandchildren; nineteen great-grandchildren; his brother Donald (Catherine) Roberts; and numerous nieces and nephews. He was preceded in death by his wife Ernestine; his parents; his brothers Julius Jr., Marvin Sr., Francis, and Robert Sr.; his sisters Geneva Vrondran and Marjorie Kauffman; and his granddaughters, Christie (Barber) Galvin and Kellie Barber.
A memorial service will be held on Saturday, December 3rd, 2022, at 2:00 PM at the Lighthouse Missionary Church in East Jordan, with a luncheon to follow. The family will receive friends from 1:00 PM until service time.

To send flowers to the family or plant a tree in memory of Gerald F. Roberts, please visit our floral store. 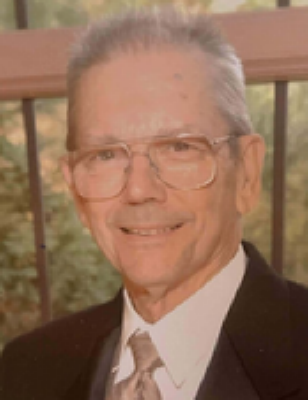